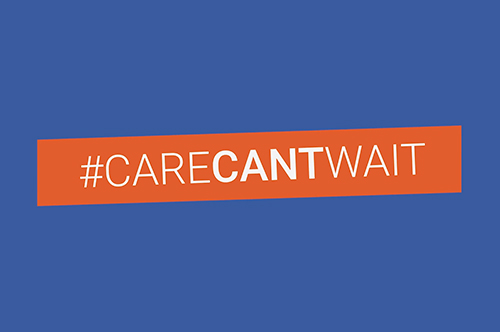 The Irish Hospital Consultants Association (IHCA), which represents over 90% of consultants working in Irish hospitals and the mental health services, has today (Monday, 10 June) launched its #CareCantWait campaign.

The #CareCantWait campaign, which will run across social media, is intended to highlight patients’ continuing lack of access to acute hospital care and increasing waiting times for consultant appointments and/or the commencement of treatment.

The campaign will run over the next number of months, emphasising the impact of long waiting times on Irish patients, whilst also encouraging patients, the public and those working in healthcare to support the IHCA’s call for Government to act to address consultant shortages across our health services.

According to the latest waiting list figures from end April, over 550,000 patients were waiting to see a consultant for an outpatient appointment, while a further 70,000 who had been assessed by a consultant were waiting for follow-on treatment.

The IHCA believes that both the lack of access and increasing wait times are being exacerbated by the fact that almost 1 in 5 permanent consultant posts in our public health service are either unfilled or filled by temporary appointments. Added to this, Ireland has the lowest level, in the EU, of consultants working in our health service (43% below the EU average).

Unsurprisingly, many of the clinical areas with the highest number of consultant shortages and unfilled posts are also those with the largest numbers of patients waiting to see a consultant.

Commenting on the launch of the campaign, Dr. Laura Durcan, Consultant Rheumatologist and IHCA Vice President, who is the campaign spokesperson, said:

“Our campaign focuses on the hundreds of thousands of patients, and their families and communities, who cannot wait any longer to access care. Disease does not operate to a schedule: the longer the wait, the more likely it is that a sick patient’s health will deteriorate further.

“While the commissioning of an additional 2,600 acute hospital beds will take a decade according to existing plans, other important improvements that can happen now will have an impact in reducing the size of these waiting lists.

“One of the most impactful and immediate of these is ending the ‘brain drain’ of newly qualified consultants from Ireland. A recent Medical Council report found that over the period 2015 to 2017, over 700 specialists either left Ireland to work abroad or left the profession. Furthermore, almost 1 in 5 consultant posts—almost 500—are either unfilled or filled by a temporary appointment.

“The acute and growing shortage of consultants is impacting on patient access to care and adding to the waiting times experienced by patients.

“We are calling on the Government to sit down with the IHCA and work with us to end the brain drain and ensure that Ireland is an attractive place to have a medical career.

“Until this problem is resolved our patients will continue to be most impacted by these issues. Throughout this campaign we will continue to advocate on their behalf. Our message to Minister Harris is clear: care can’t wait.”

Support the IHCA campaign at: #CareCantWait.