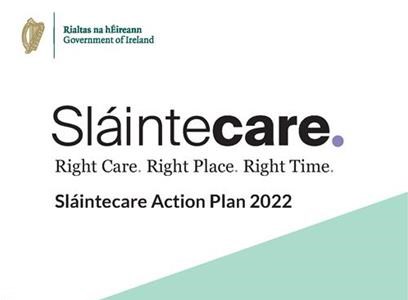 Commenting on today’s publication of the Sláintecare Action Plan 2022 by the Minister for Health, the Irish Hospital Consultants Association said:

“It is concerning that the Sláintecare Action Plan for 2022 has been issued almost six months into the year – an increasing trend that the Minister and Department of Health must reverse.

“Last week marked 5 years since the Government launched Sláintecare, yet at the halfway point of the 10-year plan, we are faced with a health service, staff and patients who are suffering more than ever.

“There has been a 54% increase in people waiting on some form of hospital list since the plan was launched in 2017 – with almost 900,000 adults and children across the country in need of care1.

“Today’s publication, however, does little to adequately address the key deficits causing these excessive waiting lists in our public hospitals, with the glaring omission of any clear Consultant staffing plan to deliver on the proposed reforms and actions.

“Without addressing the shortage of Consultants, hospital beds, theatres, diagnostics and other facilities the Government will not address the core problems facing our public hospitals.

“This is the third plan brought forward in the last four months, following the publication of the Government’s Waiting List Action Plan, and the HSE’s Service Plan for 2022. While the Government and health service management sit drawing up their targets, and “plans to implement plans”, the opportunities to tackle our waiting lists, address our staffing crises and save our ageing facilities are passing them by.

“We are disappointed that none of these plans commit to a specific target for the number of additional hospital Consultants to be appointed and in-post during 2022 or beyond, nor agreed actions to make this target a reality.

“It is imperative the 838 Consultant posts currently vacant are filled if we are to effectively address the record public hospital waiting lists. To achieve that, the Minister for Health, Mr Stephen Donnelly, must appoint a replacement Independent Chair in agreement with the representative organisations to restart the hospital Consultant contract talks that have been stalled for almost six months.

“Without this, and meaningful engagement from the Minister to deliver on his “unambiguous commitment” to end the pay discrimination introduced in 2012 against Consultants contracted after that date, it is difficult to see how this year’s action plan can be achieved.”

Notes:
1. Analysis based on latest NTFP data available, as at 28th April 2022: https://www.ntpf.ie/home/nwld.htm