Impact of unfilled consultant vacancies evident as 8.3% increase in those waiting to see specialists since start of 2020 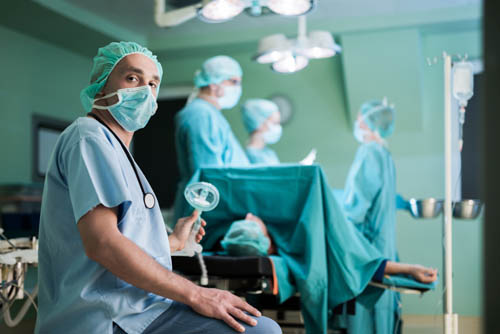 IHCA President Dr Donal O’Hanlon: “Our health service capacity deficits can and should be addressed immediately. The Minister for Health’s previous commitment to address the consultant recruitment and retention crisis, and to get more specialists back working in our acute hospitals is key to reducing waiting lists.”

The Irish Hospital Consultants Association (IHCA) has, today, (Friday 14 August 2020), highlighted the plight of thousands of people who have been added to acute hospital waiting lists since the start of 2020.
63,679 people have now been added to various National Treatment Purchase Fund (NTPF) lists in 2020, as the latest waiting list figures (for July 2020) show:

The latest figures show significant increases across numerous treatment areas for outpatient and inpatient/day case waiting lists since the start of the year, notably in:

The above NTPF data represents an overall increase of 34,771 people on outpatient and inpatients/day case waiting lists in these specialties in the past seven months. This accounts for 56% of the overall increase (+61,648) since the start of the year.

Consultants warn that these growing waiting lists are not simply a result of COVID-19; but demonstrate the impact of years of consultant shortages and underinvestment in capacity across the health system.

Ireland already has 41% fewer medical specialists on a population basis than the EU average, and a third to a half the number in some specialties.*

For example, Ireland has only a third of the number of Consultant Urologists posts filled when compared to New Zealand, or only 15% of the number in Denmark (both countries have similar populations to Ireland).** This is despite urology waiting lists growing by 10.4%  since the beginning of 2020.

With growing concerns over a potential second wave of COVID-19 cases, Consultants say that putting in place a clear plan containing practical, workable solutions to provide timely care to patients in Ireland’s public acute hospitals is critical and must be done immediately.

“While the fact that waiting lists are continuing to rise comes as no surprise, we cannot become complacent. The reality is we shouldn’t accept this situation and we don’t need to either. Decisive action must be taken now to prevent a winter like no other.

“The increasing number of people waiting to see consultants or have treatment has overall increased month-on-month, as a result not only of the coronavirus but also due to persistent consultant shortages and a lack of capacity in the system.

“Our health service capacity deficits can and should be addressed immediately. The Minister for Health’s previous commitment to address the consultant recruitment and retention crisis, and to get more specialists back working in our acute hospitals is key to reducing waiting lists. But it requires the Minister for Health and the government to end as promised the discrimination since 2012 against new consultants.”