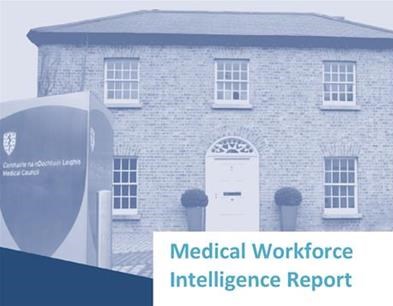 The Irish health system is losing 23 specialist doctors a month at a time when over 612,000 patients are waiting for a consultant appointment, the Irish Hospital Consultants Association said today.

The IHCA was commenting following today’s publication by the Medical Council of its Intelligence Report which shows that 453 specialists left the profession in the 20 month period January 2019 to August 2020. The Medical Council report also found that 25% of those who withdrew their registration were specialists, while 70% of those who withdrew cited plans to work abroad. At 1.49 per 1,000 population, Ireland has the lowest number of specialist doctors in the EU.

Reacting to today’s report, the IHCA said it was further evidence of the recruitment and retention crisis of doctors and consultants in the Irish health system.

The report comes the same week as new HSE figures showed that 728 permanent consultant posts in Ireland are now vacant or filled on a temporary, locum, or agency basis. The findings come at a time when over 612,000 patients are currently waiting for a consultant appointment in Ireland, with 255,000 of these people waiting for more than a year.

The Medical Workforce Intelligence Report found that just over one-third of doctors who left the Irish register in 2019 were graduates of Irish medical schools, and almost a third of these left the Specialist Division.

The IHCA is also concerned over the growing General Division and attrition resulting from a lack of access to training and poor working conditions, which is feeding the cycle of poor retention and impacting on recruitment at consultant level. A failure to retain a skilled, specialist medical workforce also has a knock-on impact on those coming through to be trained, it stated.

“At a time when we need more specialist consultants and doctors, we are losing them. The loss of these highly trained specialists to the health service, together with the continued overreliance on non-training posts and agency or locum staff is a core reason why we have lengthening patient waiting lists and 728 approved permanent consultant posts unfilled on a permanent basis.

“Despite Ireland producing the highest number of medical graduates in the OECD, we are still experiencing significant vacancies.

“These vacancies have resulted in an excessive workload being carried by understaffed medical teams and growing waiting lists.  This is even more pressing now in view of the backlog of patients on waiting lists who require urgent assessment and treatment due to the ongoing Covid-19 pandemic.

“Such excessive workloads for consultants and medical staff can lead to physician burnout, which in turn can have a significant impact on patient safety. In sectors where excessive working hours are a serious safety issue, such as the airline industry, strict regulations and appropriate staff numbers are in place, as the impact of fatigue and excessive workload is a recognised safety concern. The health service needs to ensure that its consultant staff are not overburdened and overstretched by the growing demand for care combined with the inability to fill consultant posts because of a failed Government policy that is driving our much needed specialists abroad.

“This is the latest of the mounting evidence of the crisis in consultant recruitment and retention. Report after report is pointing to the problem, which can be largely traced to the 2012 decision to pay newly qualified consultants less than their peers.

“Clearly, in order to achieve health workforce self-sufficiency, competitive salary packages are required to enhance recruitment and retention, alongside moves to generate sufficient numbers of graduates and trainees.

“To fix this problem and end wasteful knee-jerk expenditure, the Minister for Health and Minister for Public Expenditure and Reform need to urgently prioritise this issue.

“If we remedy the 2012 consultant pay disparity issue, we can halt the loss of these talented professionals and start to bring waiting lists down.”