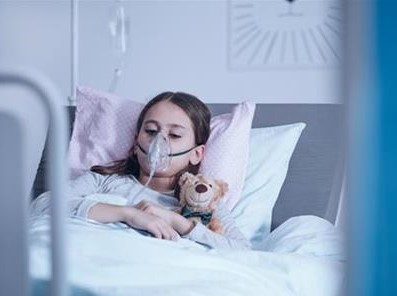 Impact of consultant shortages a direct cause of growth in children’s waiting lists as over 100,000 wait for essential care and almost 40,000 on lists longer than a year.
“An issue existing prior to and only made worse by the pandemic, our health system is failing the most vulnerable in Irish society due to the state’s inability to address the chronic consultant recruitment and retention crisis” – Prof Alan Irvine, President, IHCA.

There are more than 95,000 children on some form of National Treatment Purchase Fund (NTPF) waiting list to be treated or seen by a consultant.1 This includes 82,264 children on hospital outpatient waiting lists as of 13 May 2021. Nearly half of these children (37,350 or 45%) are waiting longer than a year for an outpatient appointment.

Due to the cyberattack on the HSE four weeks ago, the latest NTPF figures released today only gives data up to 13 May rather than to the end of the month.

However, the figures show that with 885,189 people on some form of waiting list to be treated or seen by a doctor, almost 1 in 9 (11%) of these are children.

Yet even this figure still does not represent the full picture as it does not include children waiting for hospital diagnostics such as MRI scans or radiology. When the additional 8,000 children awaiting CTs, MRIs or ultrasounds at the CHI children’s hospitals are added, the total number is over 100,000.2

Almost 20,000 children (19,951 or 47% of total) are now waiting longer than a year to see a Consultant in the three Dublin Children’s hospitals. This is 584 (+3%) more than this time last year and almost a five-fold increase in long waiters over the past six years.3

A further 7,698 children were on the Inpatient/Day Case waiting list by mid-May. This includes 4,235 children waiting for day case treatment - an increase of 3% (+106 children) since the start of the year - and 3,463 children awaiting hospital inpatient treatment.

More than a third of children waiting for inpatient/day case treatment (2,614 or 34%) are waiting longer than a year for their treatment.

The IHCA has been calling for many years for data on the number of children on hospital waiting lists to be published in a transparent manner, separate from adult figures. Today’s NTPF figures are only the second time that the Outpatient Waiting List has been separated into Adult and Child lists. It shows that the largest child outpatient waiting lists were in the following specialties:

The IHCA pointed to the severe shortage of hospital consultants in our public health service as the main contributor to the unacceptable delays in providing care to children. Ireland has the lowest number of medical specialists on a population basis in Europe, and approximately half the number of paediatricians than the EU average.4 An increase of 199 (79%) in the number of Consultant Paediatricians and Neonatologist is required by 2028 to address current shortfalls and meet increased patient demand.5

“The early years in a child’s life are critically important to their lifelong health and development. With more than 100,000 children waiting for hospital treatment, our health service is failing our youngest patients during these essential, formative years by making them wait for essential treatment and care. This is solvable by filling the 1 in 5 permanent hospital consultant posts that are currently unfilled and appointing significant additional consultants.

“It is unacceptable to have a waiting time of anything other than three months, at most, for a young child or infant to see a specialist. Sadly, at the moment our wait times are well above that, and that is very distressing for the children and their families, as well as for their treating consultants.

“These growing waiting lists are not simply a result of Covid-19 but demonstrate the impact of years of consultant shortages and underinvestment in capacity across the health system.  We have a chronic recruitment and retention crisis with 1 in 5 permanent hospital consultant posts not filled as needed.

“This recruitment and retention crisis is being exacerbated further by the health services’ current proposals for a new consultant contract. The draft terms are driving the highly trained specialists we desperately need to live and work abroad. To meaningfully tackle this problem and halt the growth of record lists, a new approach is needed. The IHCA is seeking urgent negotiations on the contract proposals to ensure that the contract is modified so that our public hospitals can recruit and retain the number of consultants they need for the patients who depend on them.”