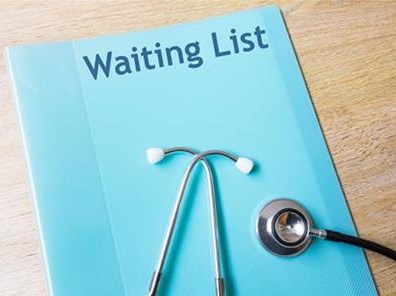 Waiting lists in May again top 900,000, due to public hospital capacity deficits; shortage of acute beds, other facilities and Consultant vacancies cause cancellations in essential scheduled care, IHCA warns

IHCA President Prof Alan Irvine: “We came into 2020 with our public acute hospital service on life support – short on hospital and ICU beds, short on Consultants and short on the financial supports to address these capacity deficits. While the health budget has increased significantly over the past two years, we cannot say the same of hospital bed capacity or Consultant staffing. Years of persistent underinvestment in bed capacity and Consultant recruitment and retention has led us to the point where our public hospitals are simply unable to cope with the demands they now face – which we are seeing in long waiting times at Emergency Departments and growing waiting lists to access care.”

Hospitals waiting lists across the country have still not recovered from the height of the first wave of the pandemic in 2020, according to new analysis by the Irish Hospital Consultants Association (IHCA).

The latest National Treatment Purchase Fund (NTPF) figures released today (Friday, 10 June 2022) also show that the total number of people on waiting lists for hospital treatment or assessment by a Consultant has exceeded 900,000 for the first time in seven months.

The highest waiting lists for inpatient or day case treatment during the entire pandemic were recorded in May 2020, when 86,946 patients were awaiting hospital treatment. While most hospitals have seen their inpatient/day case waiting lists decrease somewhat since that peak, data analysed by the IHCA reveals significant increases in the number of patients awaiting inpatient or day case treatment at several hospitals, including:

Hospital Consultants are extremely concerned that the number of people on some form of NTPF waiting list now totals 901,966. This is the first time since October 2021 that the overall figure has exceeded 900,000. This is due partly to the recent surge in Emergency Department attendances and the continued widespread cancellation of essential schedule activity across public hospitals, which totalled 14,800 cancelled appointments in April alone.2

Commenting on today’s waiting lists, IHCA President Professor Alan Irvine, said:
“Long waiting times for admission, and hospitals asking people to stay away from Emergency Departments, are just the latest manifestation of the years of persistent underinvestment in bed capacity and the ongoing Consultant recruitment and retention crisis. Our public hospitals are simply unable to cope with the acute demands they now face.

“We came into 2020 with our public hospital services extremely challenged – short of hospital and ICU beds, short of Consultants and short of the financial supports to address these capacity deficits. While the health budget has increased significantly over the past two years, we cannot say the same for our hospital bed capacity or our Consultant staffing.

“22% of all approved permanent Consultant posts nationally remain either vacant or filled on a temporary or agency basis - 838 posts.3 This has resulted in the employment of agency staff at often twice the cost of retaining such specialists through direct employment. The growing waiting lists and Consultant vacancies highlight once again the false economies that exist in our health system which benefit no one.

“It is extremely concerning, although unfortunately all too predictable, that we again see more than 900,000 people on some form of a public hospital waiting list to be treated or assessed by a Consultant. With an additional 236,000 people awaiting diagnostic scans and more than 200,000 waiting for other treatments, at least 1.3 million people are on waiting lists for public health services. That’s a quarter of the entire population.

“Without addressing the shortage of Consultants, hospital beds, theatres, diagnostic and other facilities the Government will not address the core problems facing our public hospitals. In particular, it is imperative the 838 vacant Consultant posts are filled if we are to effectively address the record public hospital waiting lists and excessive waiting times patients are forced to endure to access Emergency Departments.

“To achieve that, the Minister for Health, Mr Stephen Donnelly, must restart the hospital Consultant Contract talks that have been stalled for six months.”